"Sometimes the world around us can feel so controlled, small, predictable, and claustrophobic. We’re surrounded by roads, traffic, noise, people, buildings and lights. Technology is inescapable, and persistent. To escape to a wildlife refuge restores balance, and soothes our souls. Vast landscapes can elevate our spirit—where we are in a place where we can literally inhale the energy, beauty and clarity of a wild landscape."
florian schulz 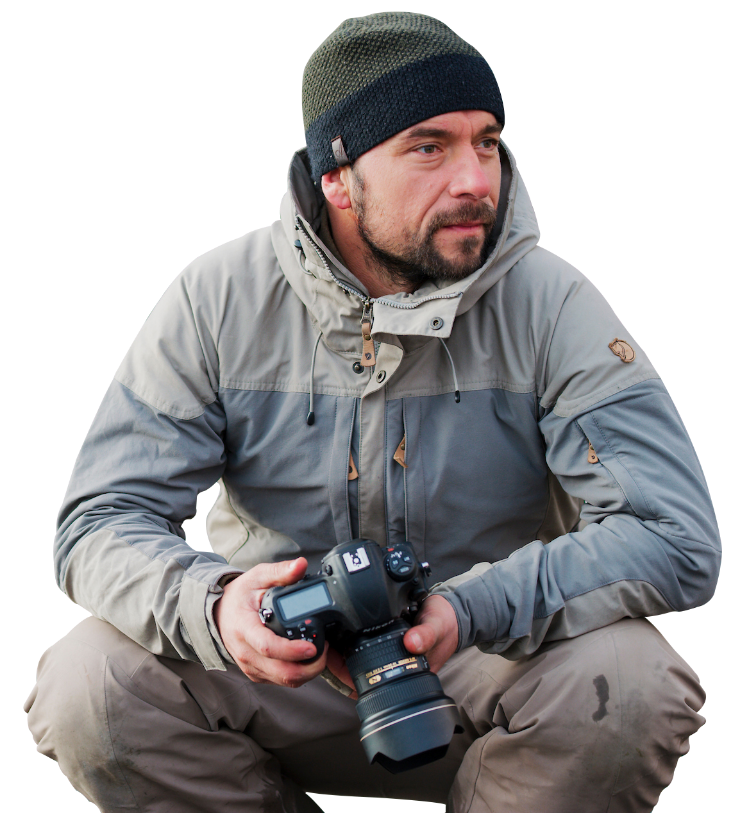 "There are beautiful mountains and forests in my homeland, as well as ancient castles over a thousand years old and ruins that date back millennia. Although magnificent in its own way, nothing in Europe matches the size or scope or connectivity of the last wild places in western North America: from vast mountain vistas to an astonishing array of interdependent wildlife, birds, forests and plants. The wilds of North America I have come to treasure above all else are not replicated anywhere in Europe. In these places, I am reminded of what we had, and have squandered in Europe. I don’t want that to happen here—especially in the Arctic National Wildlife Refuge.

I have been obsessed and filled with wonder with the idea of wild places as long as I can remember. As a child growing up in southern Germany close to Lake Constance and the Alps, I read adventure stories of the Rocky Mountain west by Jack London that opened up possibilities, and my imagination ran as wild as the lands I longed to visit. When I turned sixteen, I traveled to America as an exchange student and headed for adventure in the Canadian Rockies. I was exhilarated, and voracious. Unable to express words powerful enough to my friends and family back home about what I was seeing and feeling, I bought a telephoto lens and began to photograph my first images of elusive wildlife. From that moment, I have been striving to tell stories of my discoveries living among the wildest places and life left on planet earth—the place I feel most alive, and where life feels most real to me.

It wasn’t long before I discovered that these natural places were under threat from all kinds of ill-conceived development—from mines to be built in the headwaters of clean watersheds that are home to the largest salmon runs in the world—to clearcutting, roadbuilding, coal mining, and oil drilling development in the most biologically sensitive and unprotected lands and waters of the wildlife corridors connecting Yellowstone to Alaska’s Yukon. I met people in these communities who were fighting to sustain a way of life that had sustained them and their families, as well as the generations before them—and defined their place in the world. I learned that my photographs could help make a difference—especially when shown to people making decisions in governments who would never travel to these lands and experience the transformational power of being in a wild place, seeing grizzlies and hearing the howls of wolves, while feasting on the bounty of the rivers and lands.

Since the year 2000 grassroots conservation efforts have stopped proposals to drill in the Arctic Refuge by inundating politicians’ offices, phones, and social media and holding them accountable. Beautiful images play a role and have an impact. From books and events, as well as helping journalists tell their stories—my work is dedicated to making these remote landscapes real, and swaying decisionmakers, politicians and developers not to drill. There is great truth in these images. And now, with continuing threats there can be no rest until the coastal plain of the Arctic refuge is permanently protected as wilderness. I’ve seen the process to protect what we love works—when enough people care and decide to do something about it.”

Why would a photographer from Germany spend what now is more than half his life traveling and photographing the wilds of North America? 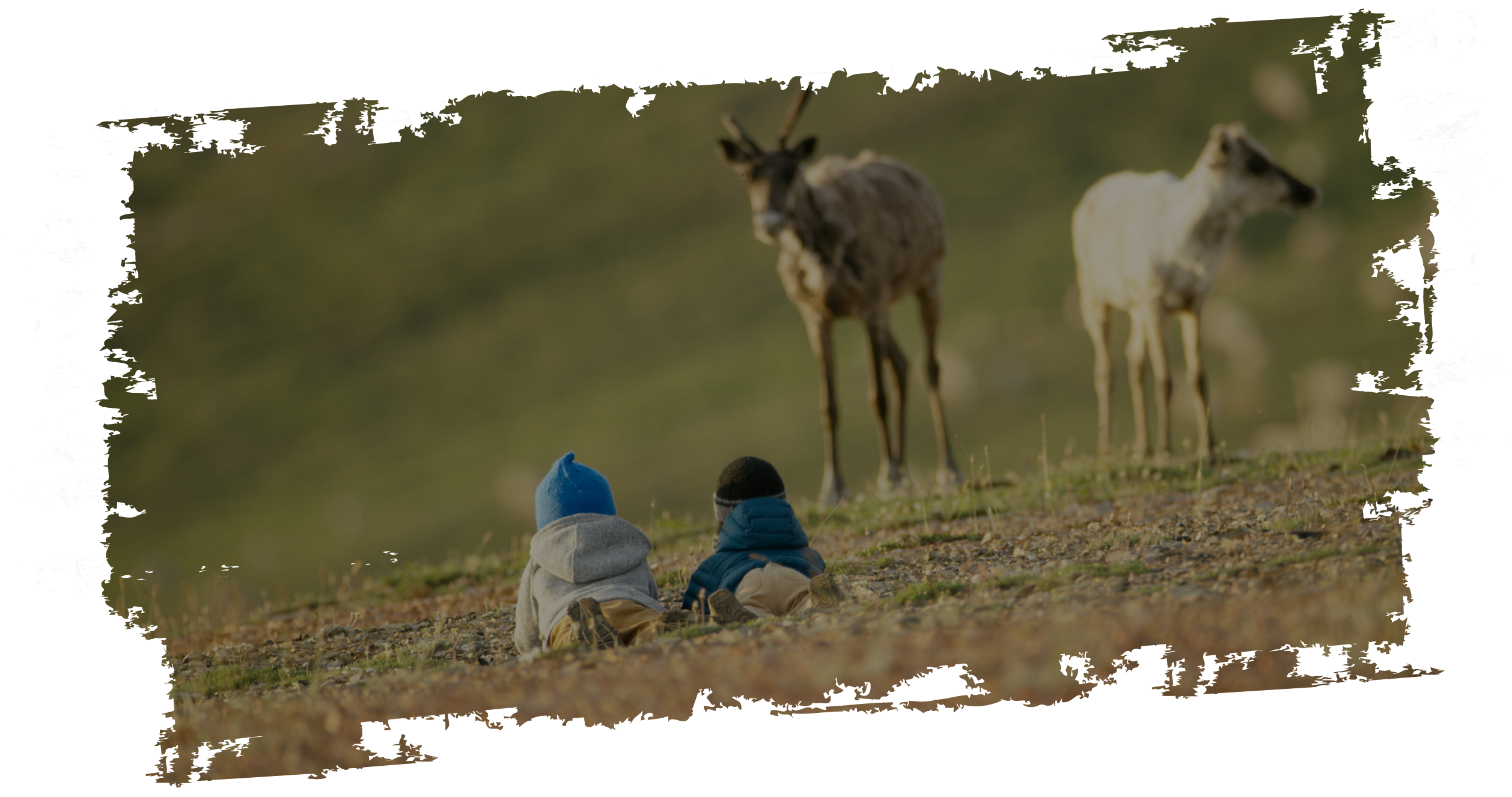 When my son Silvan was two years old, our family of four went back to the arctic refuge. I wanted my children to see the place that meant so much to me.

This trip gave my two boys a chance to see the Arctic with their own eyes. We spent an entire month in the wilderness, and they quickly grew to love this second home. There was so much life to see – including the big caribou migration. My sons got on their bellies to copy what they saw me doing while photographing. They inched closer to the caribou. Nanuk kept patiently encouraging Silvan to “be quiet, BE QUIET!”

After getting their fill of the view, they would run back to my wife Emil and me to tell their stories. They were having the greatest adventure. We were seeing the world in a whole new light through their eyes. 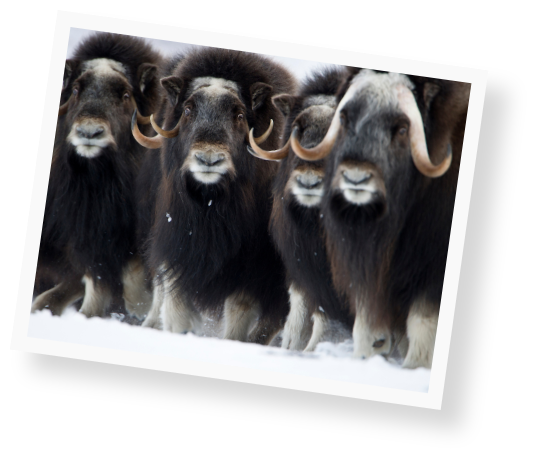 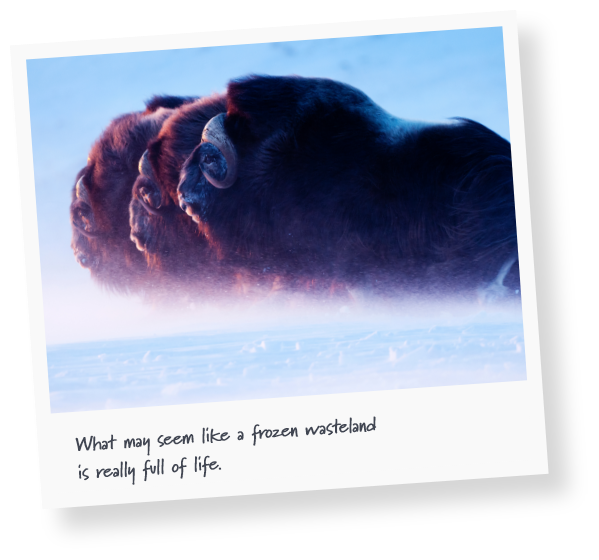 I spent two months of the winter waiting to get shots of the musk ox. the frozen fingers and discomfort were worth it for the images i was eventually able to capture.

When filming the musk oxen, I would lay down on my stomach and inch closer each day. I would maintain a low profile, be consistent, and give them time to adjust to my presence. The bull was with his harem, and did not have any competition to make him uneasy so I was able to move towards them without challenge. As I sat through blizzards and icy wind, I marveled at how well adapted they are to this place. Their fur is eight times warmer than sheep’s wool, and perfectly insulates them in the arctic air. 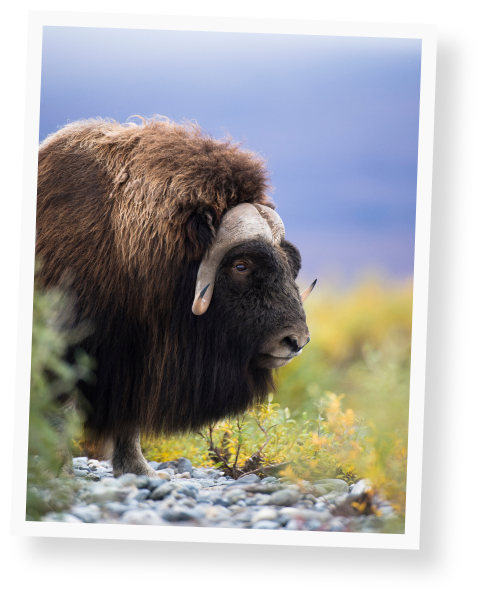 I have a rule that helps me when I’m waiting to capture an image and have been uncomfortable so long that I becomes painful. Just when I want to quit and go back to my warm tent, I tell myself to give it just a little bit longer. And then again. Just a few more minutes. It often works out, as it did while waiting for the musk oxen. The sun came out and I adjusted my stance to capture these three animals facing the setting sun in perfect formation. The light gave the image the feeling of a perfectly composed painting. At moments like these, I don’t think of the technicalities of photography. I go by instinct and the intuition honed over the years. My fingers were frozen, but I kept shooting. I made instantaneous, almost subconscious, decisions about cropping and composition. I had spent two months in winter, watching and waiting to get these shots. Finally, it had paid off.

At the time, Emil was home in Germany pregnant with our second child. I was watching and photographing the birth of musk oxen on the coastal plain. No one had ever filmed this event before, and I was caught up in the beauty. One day, Emil called and asked me to come home. It was what I can only call an “interesting conversation.” I was hesitant to leave, but also wouldn’t miss the birth of my second son for anything in the world. I made my way home, and three weeks later Silvan was born. One week after that, I was back in the Arctic.

The images that I captured were eventually used by President Barack Obama in a 2015 White House announcement to introduce a Comprehensive Conservation Plan for the Arctic. We hoped that the plan would motivate Congress to permanently protect the coastal plain. Sometimes the use of art is necessary to get the truth out and turn things around. We had our hopes up. But, it was not to be. It was a devastating emotional upheaval.

My experience photographing caribou in the arctic refuge has been its own challenge. with herds of up to nearly 200,000, you would think they would be easy to find. but in my first trip to capture their images, we saw only one caribou.

In 2006, Emil and I went to the Arctic Refuge to photograph migrating caribou together. Their journey mirrors the epic migration of early American colonists to the wild western landscapes. Those types of lands are now hidden under roads and development in most of the country. But in the Arctic they remain, and tens of thousands of caribou travel across them each year. 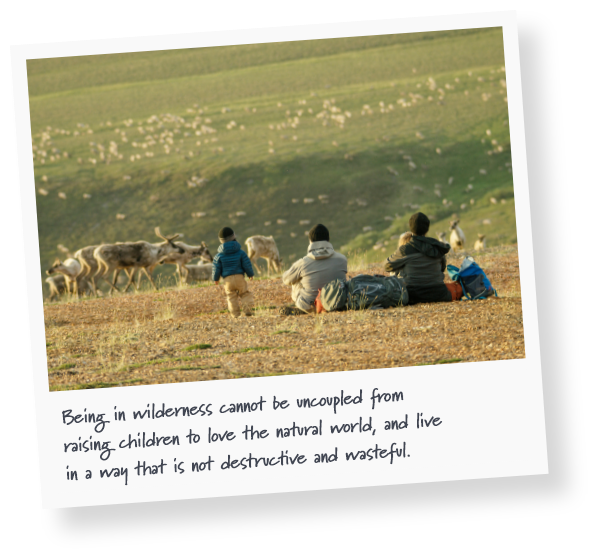 On this first trip in search of caribou, we only saw one. We became acutely aware of how vast the landscape is, and how unpredictable the journey of these hundreds of thousands of animals can be.

When we finally went back, we were luckier. After being dropped off by the bush pilot and waving goodbye, we set up camp and waited. When they finally arrived, the awe and beauty of the caribou amazed us. Tens of thousands of caribou traveled with little calves only one or two days old. Yet, the little ones learned to walk quickly and kept up with the herd. Their bleating calls announced the continuation of life. This migration reminded us of other massive land migrations that are now extinct. The buffalo that once roamed the western United States were hunted almost to extinction, and then domesticated. They are now behind fences, while their cousins the caribou roam across the Arctic landscape.

We were enveloped by the sounds of grunts, bleats, and clicks as thousands of caribou surrounded us. Their thin, almost frail-looking legs end in hooves that are massive in comparison. These large hooves make excellent snowshoes. Their sharp edges are the perfect tool for piercing through the snow to find food. When the caribou ford rivers during their migration, these hooves act like paddles and help them navigate fast-flowing waters. They were drawn to where we had made our camp on the coast by the cool breeze and open landscape. The coastal plain provides them with relief from biting mosquitoes and predators like wolves and grizzly bears. Female caribou have evolved to take advantage of this safety, and the short springtime period of plentiful food. They all give birth within the same two-week period in late May to early June. This alignment allows the herd to synchronize its migration and travel as one when they move on to the next stage of their never-ending travels.

We were lucky on that trip. We saw and photographed thousands of caribou as they grazed around us. There have been other years that I searched without success. One might think that, because these herds are so massive, finding them would be easy. Like so much else in the Arctic Refuge, however, the immensity of the landscape can be overwhelming. Some years, despite my efforts and patience, I have not been able to find a single one. 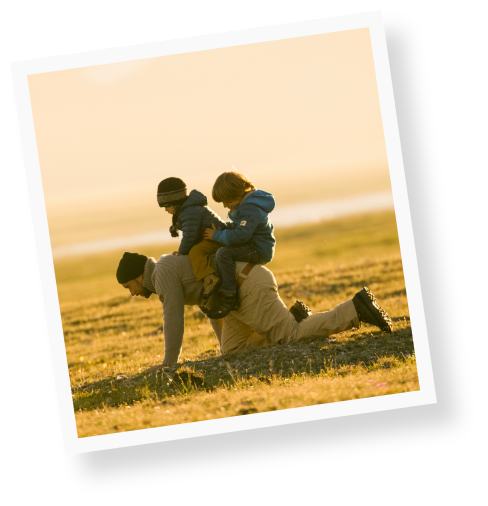 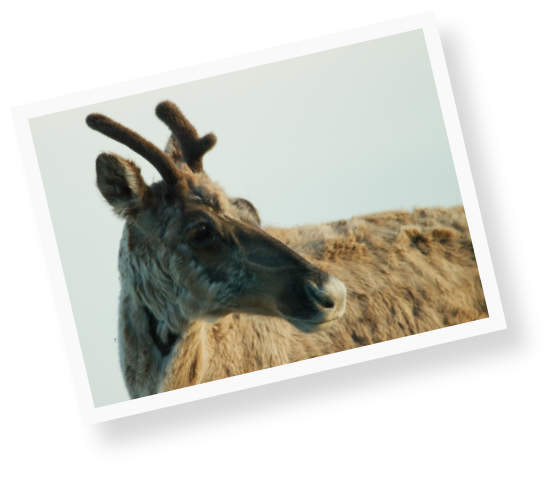