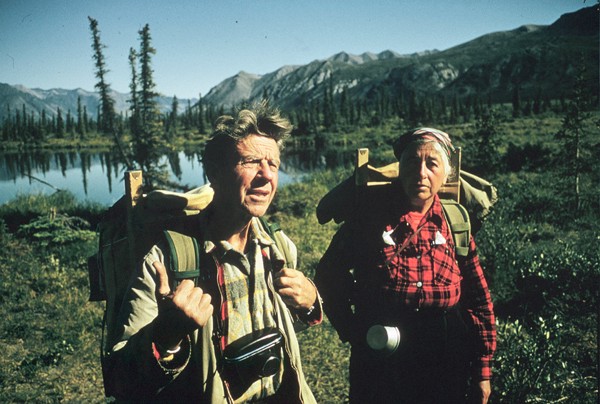 This December marks the 60th Anniversary of the Arctic National Wildlife Refuge—currently under threat by oil and gas leasing (Learn more and make your voice heard here).

At 19.6 million acres, the Arctic Refuge is the largest national wildlife refuge in the United States. It is also the home to the Gwich’in and Inupiat peoples, who live and sustain off the land and wildlife. Combined with adjacent Ivvavik and Vuntut National Parks in Canada, the Arctic Refuge is part of one of the largest protected ecosystems in the world. In 1960, Republican President Dwight D. Eisenhower made this vision a reality by establishing the 8.9-million-acre Arctic National Wildlife Range (It wouldn't be named a refuge for a few more years).

However, due to political pressure, the 1.5-million acre coastal plain, the biological heart of the Refuge, was left unprotected. The 1980 Alaska National Interest Lands Conservation Act (ANILCA) prohibits oil and gas development on the coastal plain, but allows for a future act of Congress to permit it. Since 1980 there has been relentless debate about its future.

To celebrate the 60th Anniversary of this spectacular place, journey with us back in time, to see the Arctic National Wildlife Refuge through the eyes of George Schaller, one of the Arctic Refuge's most ardent protectors.

George B. Schaller was a member of the 1956 Olaus and Mardy Murie expedition to northeastern Alaska, which resulted in the establishment of the Arctic National Wildlife Refuge. Today, he is widely respected as one of the world’s preeminent field biologists and mammalogists.

June 1, 1956: Bush pilot Keith Harrington banks his Cessna 180 over a lake in the Sheenjek River valley in northeastern Alaska and lands on the frozen surface. Bob Krear and I, both graduate students in wildlife ecology, quickly unload the plane, which then returns south to Fort Yukon. We cut poles and erect tents on a knoll among stunted spruce. Beyond the lake Table Mountain is still capped with snow, but here in the valley, at an elevation of 2,000 feet, spring is near, with the first purpose saxifrages in bloom and a willow ptarmigan on her clutch of six eggs beneath a rhododendron shrub. Sanderlings, black-bellied plovers, and other shorebirds wheel over the lake, migrants traveling north across the Brooks Range to the Arctic tundra. A muskrat splashes and a pair of old squaw ducks paddle in a lead between ice and shore. The valley is resurgent with life after a long, harsh winter.

The following day brings Olaus and Margaret (Mardy) Murie, as well as Brina Kessel, an ornithologist at the University of Alaska. Olaus is president of The Wilderness Society and a renowned mammalogist who, with Mardy, has done research on Alaska’s wildlife since the 1920s. After our summer’s work they will become leaders in the four-year struggle to protect this region. As we settle into camp we immediately begin to absorb the wild beauty around us. We have come to study not only the natural history but also to gather impressions of the “precious intangible values,” as Olaus phrased it, with the hope that this knowledge will lead to protection of the area.

July 15, 1956: After hiking about forty miles toward the crest of the Brooks Range, I skirt a cirque glacier at 7,000 feet and stand on a knoll near the divide, a passing snow squall swirling around me. Twelve Dall sheep rams are nearby, their white coats bright against leaden scree. From here the Sheenjek River drains south and the Hulahula River drains north to the sea, the later named for Hawaiian whalers who overwintered at its mouth in the early 1900s. Standing among sharp-edged peaks, at the convergence of mountain and sky, I am alone at a place without roads or people, not even trails except those trodden by wild sheep and caribou; there is nothing to violate the peace, with mountains still unaffected by humankind.

I cross a divide toward the west and descend to the headwaters of the East Fork of the Chandalar River, where I unroll my sleeping bag on a river bar. Dinner consists of crackers, raisins, and a cup of cold water. I am too weary to make a fire and cook, but am filled with the contentment that comes from achievement and exhaustion.

A noise awakens me at five o’clock the following morning, a cacophony of grunts, churning gravel, and rushing water. I sit up. Caribou! They flow down the shadowed valley toward me, some in single file, others in a compact mass. I recline and wait motionless. The animals pass, ignoring me a mere sixty feet away, of no more relevance than a stray log of driftwood. Bulls with heads bent under the weight of antlers and weary cows with still wearier calves at heel surge down the valley at a hectic pace. Wave after wave washes over me, a total of some two thousand, before the clatter of hooves recedes. The return migration has begun.

The Porcupine herd, estimated to number between 170,000 and 200,000 at the time, generally heads eastward from the plains and into the mountains after calving, up and down valleys and over alpine passes toward Canada. In some years the animals will winter in the forested lowlands of the Yukon Territory, having migrated some three hundred to four hundred miles from the calving grounds, and in other years a part of the population remains in what is now the Arctic Refuge. The animals dominate the landscape wherever they are, a river of life, always moving, moving toward the ridge beyond, not only defining this Arctic ecosystem but also symbolizing the freedom of its wilderness.

August 1, 1956: By late July, the brief Arctic summer grades into autumn as blueberries ripen and willow leaves turn to gold. On August 1st, the family of resident short-billed gulls suddenly leaves Last Lake. Two months have passed since our arrival and we have collected much information. We have recorded 85 bird species and 18 mammal species in this valley. My plant press holds 40 species of lichen and 138 species of flowering plants. And my vials contain 23 spider species, to give just one fraction of the totals in the region. Years later the Fish and Wildlife Service would list 180 bird species for the Arctic Refuge as a whole, and also 36 land mammals, 9 marine species including ringed deal and bowhead whale, and 40 fish species. Such figures illustrate the remarkable diversity of life in a region that many consider an empty wasteland, or “a barren desert” as Senator Ted Stevens (R-Alaska) phrased it.

Upon our return from the 1956 expedition, Olaus began a campaign to arouse interest in protecting northeastern Alaska. As a result of his efforts and those of others, public support of a reserve became widespread. But C.L. Anderson, a former commissioner of the Alaska Fish and Game Department, grumbled in 1959, “The Arctic is probably in little more danger of being trampled in future years than is the moon.”

My summer in the Sheenjek valley bequeathed to me a legacy of memory and desire. So naturally I was elated when, on December 6, 1960, a year after Alaska became a state and just before the Eisenhower administration ended, Secretary of the Interior Fred Seaton issued a Public Land Order officially establishing the 8.9 million-acre Arctic National Wildlife Range.

It was the culmination of many years of effort to protect America’s last great wilderness.

ABOUT GEORGE B. SCHALLER

George B. Schaller was a member of the 1956 Murie expedition to Alaska, which resulted in the establishment of the Arctic National Wildlife Refuge. Today, he is widely respected as one of the world’s preeminent field biologists and mammalogists. He has authored more than 15 books, and hundreds of magazine articles and research papers on mammals and wildlife conservation topics. He was born in 1933 and went to the Universities of Alaska and Wisconsin. His conservation honors include National Geographic's Lifetime Achievement Award, a Guggenheim Fellowship, and the World Wildlife Fund's Gold Medal for: "Contributions to the understanding and conservation of endangered species.”