This blog is based on an excerpt from the book On Arctic Ground: Tracking Time through Alaska’s National Petroleum Reserve, in America’s Western Arctic, by author Debbie Miller. The Western Arctic, also known as the NPR-A, is directly west of the Arctic National Wildlife Refuge. It is a fragile Arctic region, home to Indigenous communities and bountiful wildlife including caribou, fish, and migratory birds, and is a critical carbon sink to help fight climate change. ACTION OPPORTUNITY: Submit a public comment today through our friends at the Alaska Wilderness League to protect the Western Arctic.

Far away, in Alaska’s northwest corner, is a spectacular land that few visitors have explored. From the wandering caribou of America’s largest herd to the highest concentration of grizzly bears in the Arctic, to the millions of nesting birds that thread the sky with their annual migrations—this great land near the top of the world thrives with vibrant life.

Like the perpetual Arctic light, it is a timeless landscape, a place of nearly unfathomable dimensions. Pristine rivers, including the immense Colville River, flow hundreds of miles from the crest of the Brooks Range north to the Arctic Ocean. The Iñupiaq people, who have fished and hunted along the Colville for thousands of years, call the river Kuukpik, or “Big River.” The largest river in America’s Arctic, the Colville has massive bluffs that cleave toward the water, providing prime nesting habitat for high densities of rough legged hawks, peregrine falcons, and gyrfalcons.

These same bluffs also reveal the hidden and surprising world of Arctic dinosaurs. As the Colville River’s bluffs are scoured and devoured, fossils, bones, and petrified wood buried deep in the permafrost suddenly see the light of a new age. When I picked up a 70 million-year-old anklebone of a duck-billed dinosaur, my imagination was thrown back to Cretaceous times when polar dinosaurs such as Edmontosaurus, Pachyrhinosaurus, and Troodon roamed across Alaska’s North Slope. 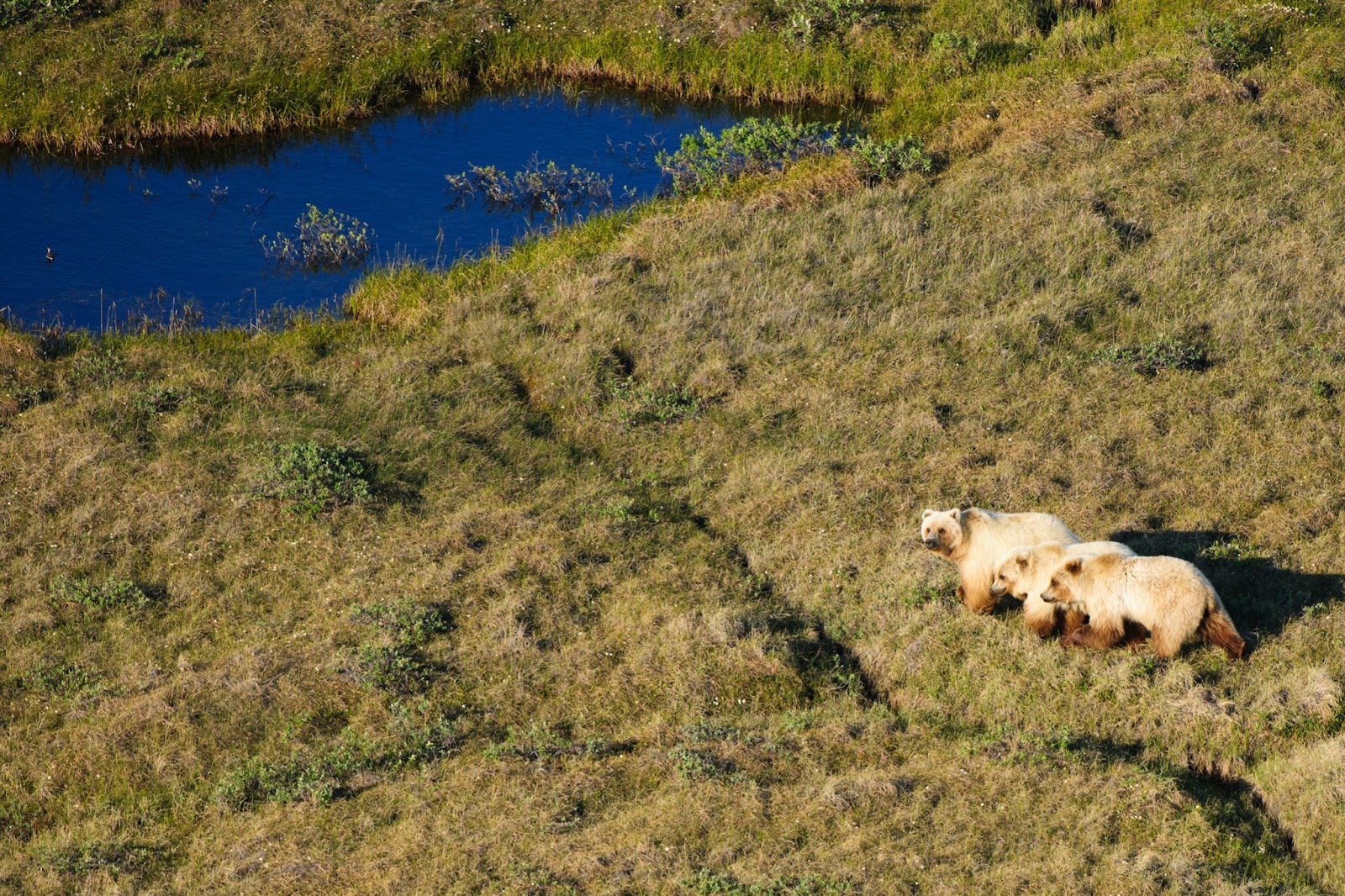 Here, dozens of willow-fringed rivers twist and curve, forming huge S turns, with ever-changing braided channels and gravel bars. The waters of these rivers eventually flow north to the Arctic Ocean, but their courses, along with the wind, constantly change direction. With the stroke of a canoe or kayak paddle, your ally the wind can suddenly turn into a brutal enemy, hammering you against a cut bank, forcing you to use every ounce of strength, to dig deep with your paddle to avoid being spun around like a top.

As these rivers spill into the sea, polar bears feed on whale carcasses along the shore, spotted seals and walruses haul out on nearby barrier islands, and beluga whales gather in places such as Kasegaluk Lagoon, which means “Spotted Seal Place” in Iñupiaq.

Beyond the meandering rivers, vast tundra grasslands and tussock studded foothills sweep away from the mountains for more than a hundred miles toward the Arctic coast. These grasslands are home to caribou, whose unbroken, deeply rutted trails stitch the land in all directions. This open, treeless landscape has a forever feeling, rolling off toward the pond-specked coastal plain where yellow-billed loons haunt us with lugubrious wails, Lapland longspurs sing cheery, jingling songs, and hundreds of thousands of geese, swans, ducks, and shorebirds breed and molt.

But beneath this great mosaic of Arctic habitats there is something besides dinosaur bones: oil, gas, and coal. And so this vast area is shown on maps as the National Petroleum Reserve–Alaska, a 23 million-acre sweep of stunningly beautiful, largely roadless tundra wildness, the largest expanse of public land remaining in America.

This northernmost edge of America’s last frontier has been stigmatized by its unfortunate name since 1923, when President Warren Harding first designated this swath of the Arctic for defense purposes as the Naval Petroleum Reserve Number 4. In the wake of World War I, Harding hoped to storehouse a potential supply of oil for the US Navy as a matter of national security. With oil seeps reported along the Arctic coast at Cape Simpson and sketchy reports showing the region’s promising geology for oil and gas discoveries, the boundary lines were drawn. 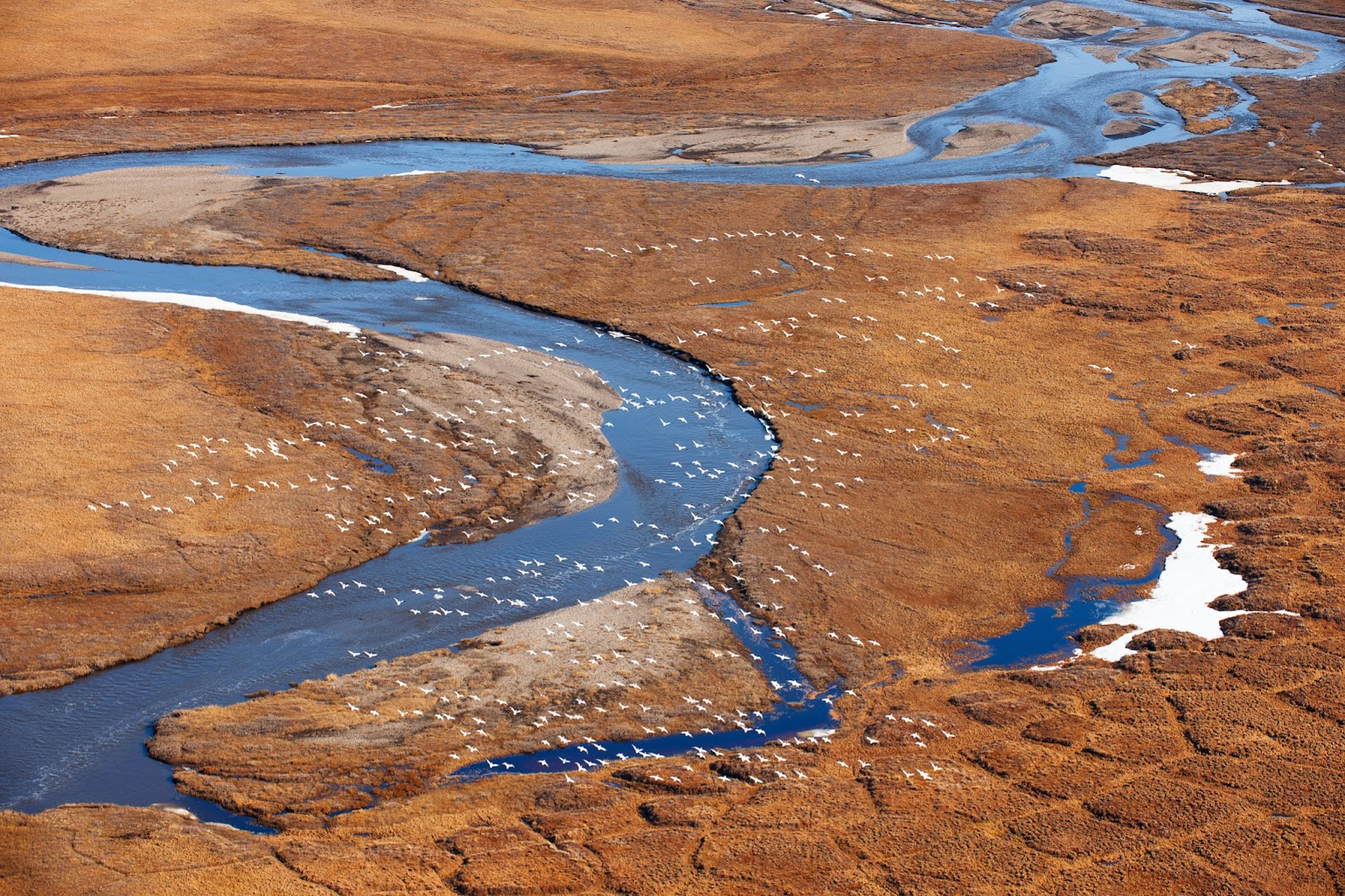 Snow geese migrate along the coastal flats of the western arctic.

For more than two decades, the Naval Petroleum Reserve remained relatively quiet and wild, regularly visited only by the Iñupiaq people from nearby villages, who continue to hunt and fish across this ancestral homeland.

Then another world war brought renewed interest in America’s most remote petroleum reserve. Beginning in the 1940s, the US Navy and the US Geological Survey (USGS) conducted the first modern oil exploration program in the Arctic. Drilling eighty-one core and test wells produced discoveries of both oil and gas, largely in the northeastern part of the Reserve, including the field that still supplies natural gas to the entire community of about 4000 people in Barrow.

The 1968 Prudhoe Bay oil strike to the east of the Reserve sparked more interest in exploring the rest of Alaska’s North Slope. In 1976 Congress transferred management of the Naval Petroleum Reserve to the Department of the Interior and renamed it the National Petroleum Reserve–Alaska (NPR-A). At the same time, the Secretary of the Interior was authorized to begin further petroleum exploration under legislation known as the Naval Petroleum Reserves Production Act. This same act specifically recognized the importance of protecting special areas in the Reserve for their wildlife, recreational, subsistence, historical, and scenic values.

As of right now, not one acre in the Reserve has received permanent protection from oil and gas exploration or development. 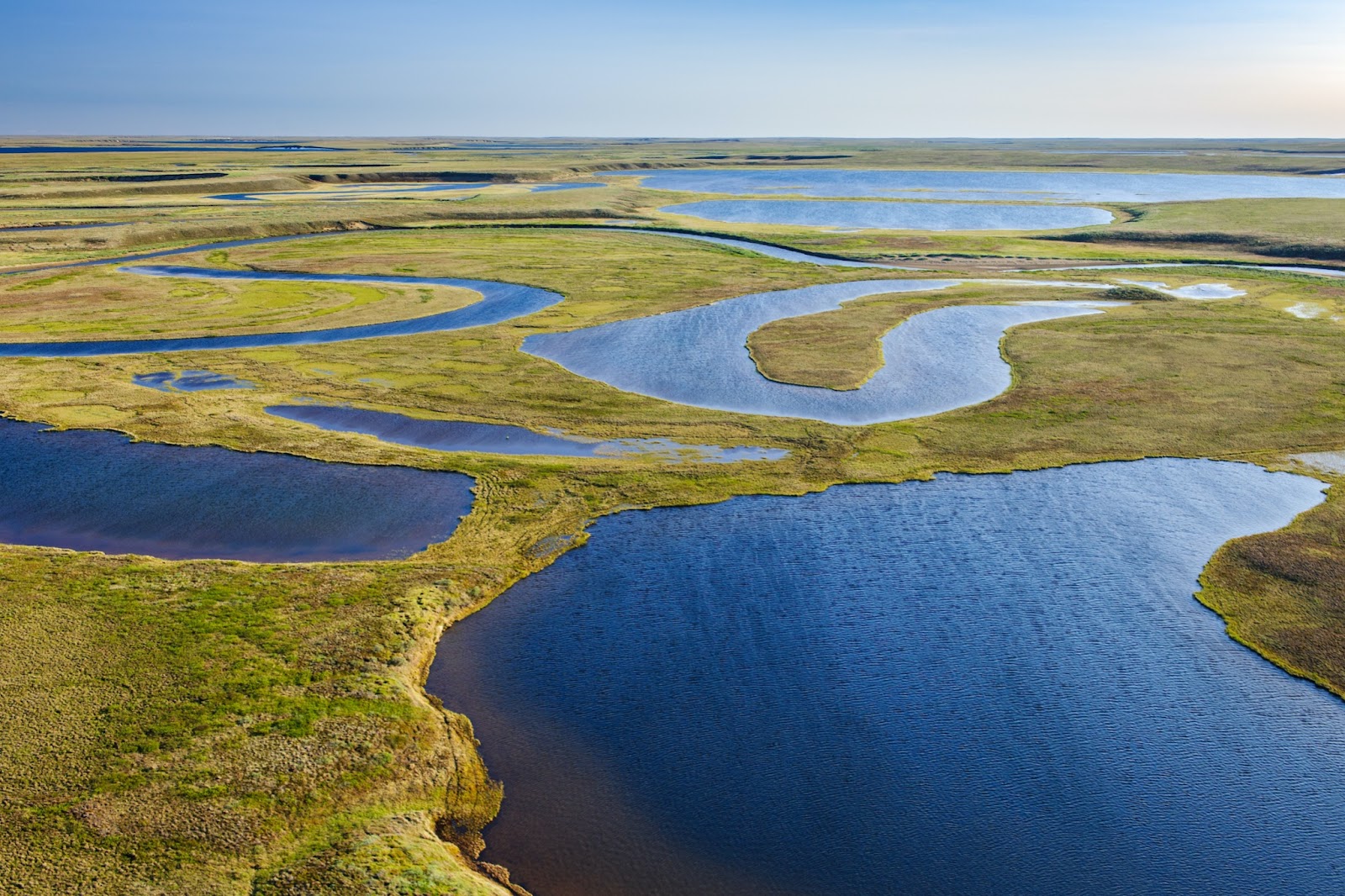 The Willow Project: A threat to the Western Arctic (and to the climate!)

A dangerous and damaging new oil project called Willow, located in Alaska’s Western Arctic near Teshekpuk lake and the Inupiat community of Nuiqsut, is currently being considered by the Biden Administration.

On July 8, 2022 the Bureau of Land Management (BLM) released a Supplemental Draft Environmental Impact Statement (SDEIS) addressing the implications of ConocoPhillips' Willow Project for America's Western Arctic. This project is a disaster for this fragile Arctic region, home to Indigenous communities and bountiful wildlife including caribou, fish and migratory birds. And it's a disaster for our climate—with the potential to add more than 250 million metric tons of CO2 to the atmosphere over the next 30 years. That’s equivalent to the annual emissions from more than 66 coal plants - one-third of all remaining U.S. coal plants.

A court has stopped this project - for now. But President Biden may still let the project move forward and is accepting public comments right now. Will you weigh in and tell the Department of the Interior to stop this project once and for all?

TAKE ACTION: Submit a public comment today through our friends at the Alaska Wilderness League to prevent this project from moving forward.

All photos by Florian Schulz.