“This is My Church”: Reflections on the Arctic Refuge from Sarah James 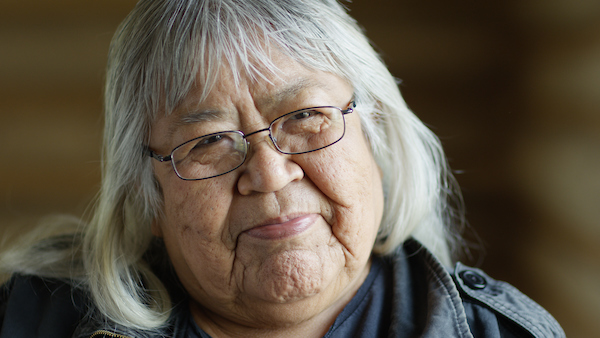 By Sarah James, Gwich’in Activist and Musician from Arctic Village

Sarah James is a Neets'aii Gwich'in Athabascan activist and musician from Arctic Village, Alaska. Sarah was born and raised on the land. Gwich'in is her first language. Sarah has worked tirelessly for many years for her people as a compelling leader and spokesperson, and has traveled around the world to speak on behalf of the Gwich'in Nation to address the issue of oil drilling in the Arctic National Wildlife Refuge coastal plain.

She has spoken across the country against development in the refuge and spent three months in 2005 at a vigil in Washington D.C., drumming, singing, dancing, and praying with other Native Americans to educate the public about human rights issues in the refuge. In 2002 James was co-winner of the prestigious Goldman Environmental Award with two other Gwich’in elders. This blog is an essay she wrote for the book Arctic Wings: Birds of the Arctic National Wildlife Refuge (Braided River, 2006).

Sarah James: The Gwich’in believe everything is related: Every species has a responsibility to the earth in order for it to be complete. We don’t single out only one bird’s responsibility or one animal’s responsibility. Around the globe, all indigenous people see things this way: All things are related. To harm one part of creation puts all of creation out of balance. This is why I drum—to help educate others in the ways of our culture and to bring awareness to others that we must save the birds and the caribou and all the creatures that live in the Arctic in order to keep the balance in the natural world. 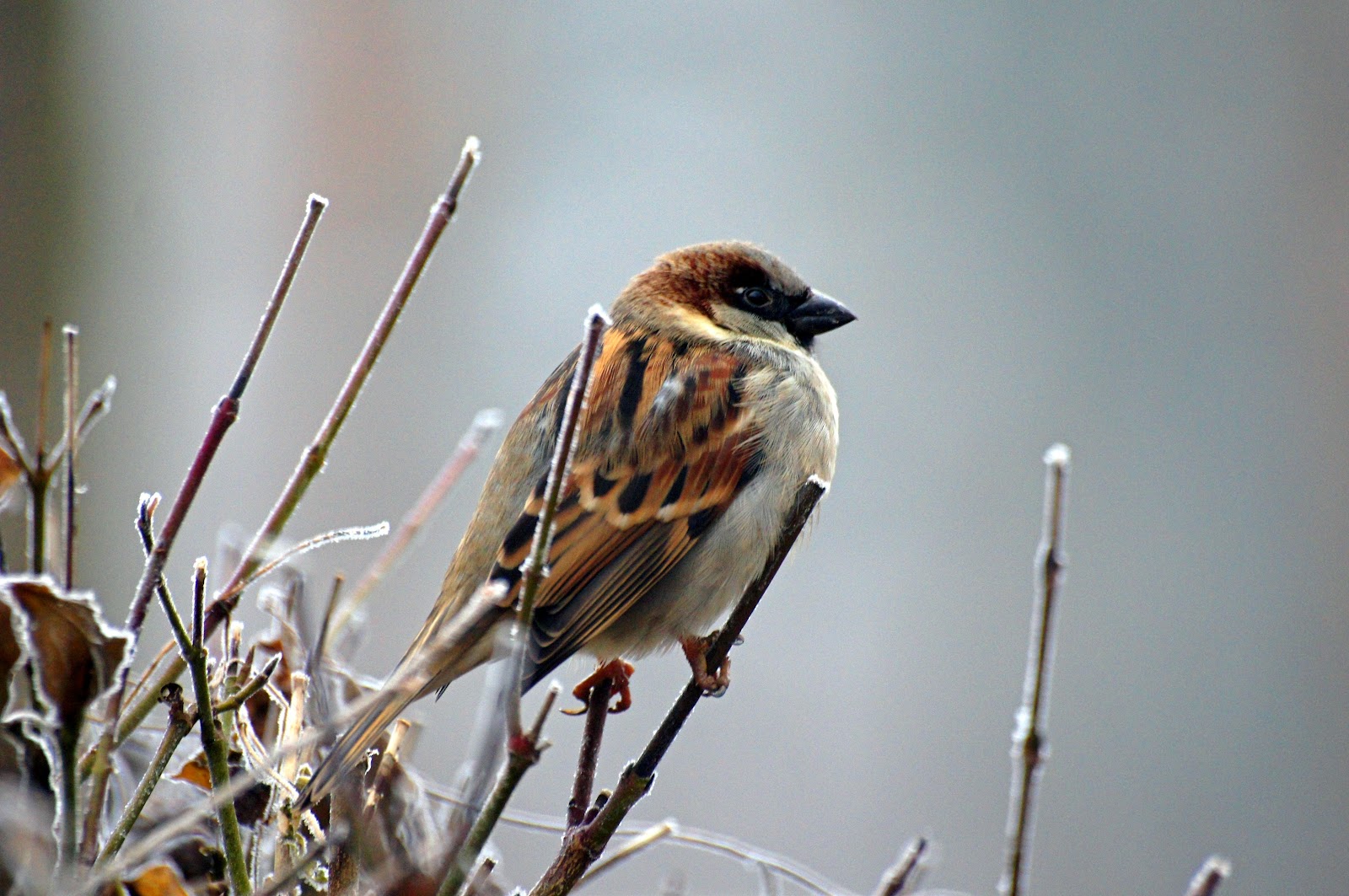 When a sparrow sings, it says, “This is my church.” He’s talking about everything around him, the landscape, the environment—that’s his church. He reminds us to appreciate what God prepares for us. In springtime when birds start coming back to our part of the Arctic to nest, the kids say, “Did you hear that one yet? Did you hear?” It’s the church bird. When we hear him, it reminds us of how important the environment is around us.

The Yellow Warbler—what we call yellowbird—comes to our area, but he is here for a very short time. We look for yellowbird in the spring, but it’s hard to find the bird or its nest. It’s like what they say about the hummingbird down south: If you see one, it’s good luck. His nest is so small, and his eggs are so small, I think it doesn’t take very long for them to hatch. He comes in July and he leaves in July; they come and then they go. That’s why it’s so special to see one. Yellowbird has always been around. This bird is part of our life, part of our culture. We say to each other in springtime, “Have you seen yellowbird yet?”

When we do find a nest, we don’t bother it. If I pick up a stick and take a feather from the nest, the bird will stay, but if I touch the nest, he leaves it, so we never touch a nest. That’s the way it is with all the birds. We believe that if you touch the eggs with your skin, they don’t hatch. But if I touch the eggs with a stick they’ll still hatch. So you can’t pick up an egg and put it back; the bird won’t take care of the eggs, and the eggs won’t hatch. This shows us that the natural world lives best when we leave it alone; it can die if humans leave their mark on it.

I learned these things when I was growing up. We kids would tell each other things, and then we would confirm them with our mothers. “Is this true?” we’d ask. Our parents were very important in telling us how to behave the right way. We were taught by our parents that birds are good and that we shouldn’t hurt the earth. We could take a bird for food if we needed to eat, because we are part of this cycle, too; but we should only take the life of a bird or an animal if there is a purpose to it.

DaÍ—the sandpiper—hangs around the lakeshore. It’s very hard to find his nest, but when we come near he makes a lot of noise. When humans are nearby, the daÍ is very loud. He alerts the others in the animal world of human danger. He’s a tattletale, telling the other birds and animals that the people are coming. The indigenous peoples of Hawaii, New Zealand, the South Pacific all have the same story. Around the world, the birds know of some humans’ reputation for destruction. 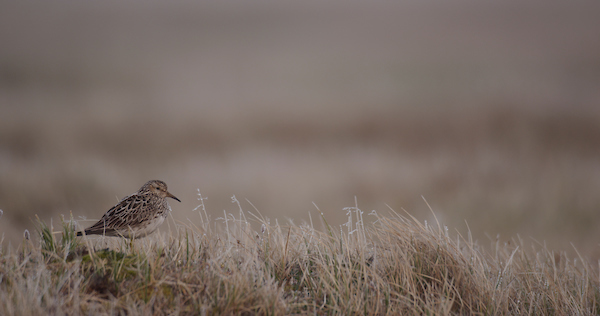 The raven is in our fables and legends. He has control over people; he fools people. That’s how the story usually ends—the people are foolish, and the raven is smart. When the Creator first made the raven, the Creator said, “You’re raven now, and this is your responsibility: You can’t prey on live food, you must eat the leftovers and keep the earth clean. That’s your responsibility.” Raven is a scavenger. People think scavengers are the lowest things, eating roadkill and trash. We never think to honor it for keeping the earth clean. The reason we have these stories is to teach us to see his great responsibility and be grateful for his place on earth. That’s what the legends are for, so that we can learn. We must do our part, too. Just because animals can’t talk doesn’t make us better than they are. They are here to teach us respect and honor, to show us how things work if only we will take the time to see. 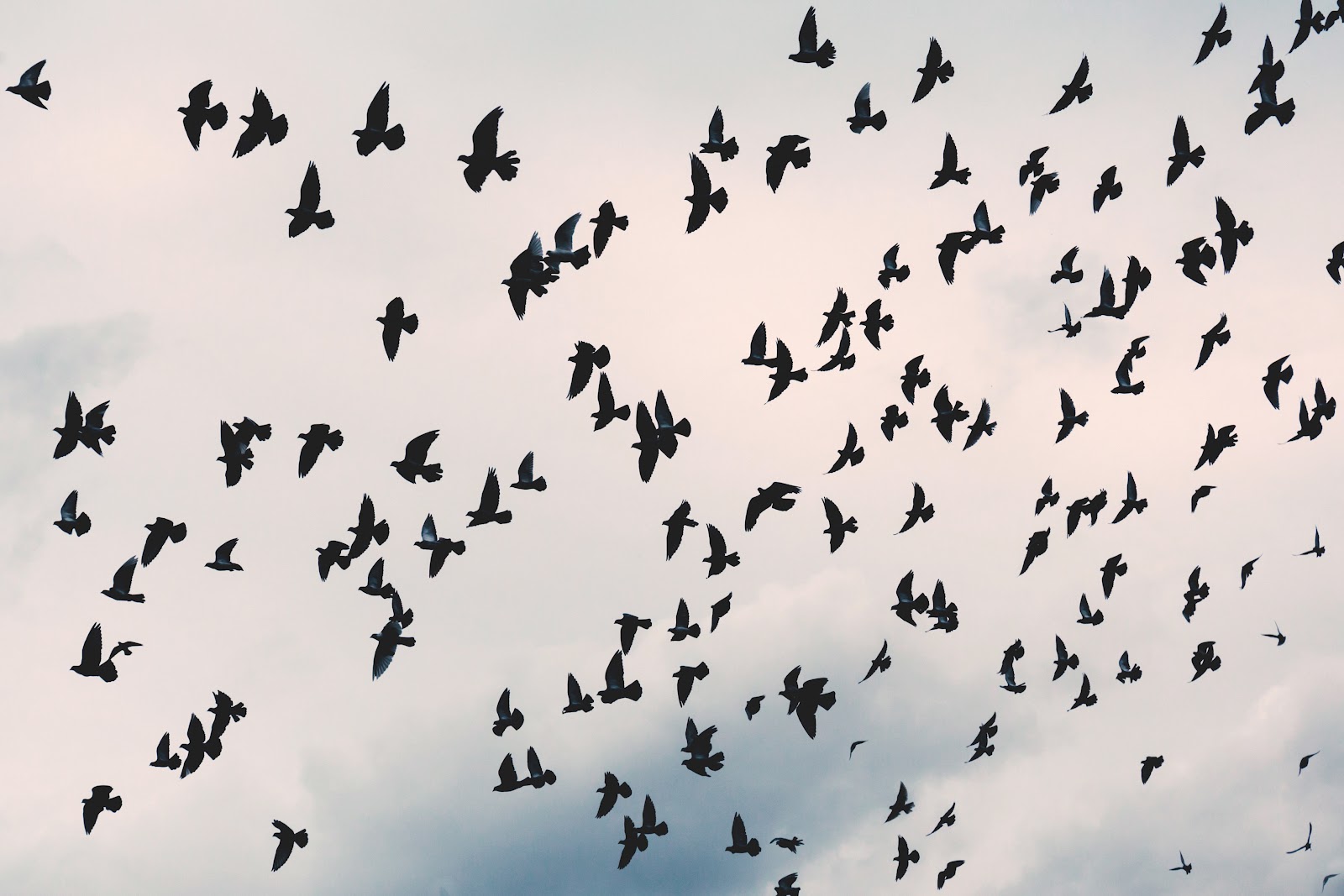 Everything in the natural world is related. Each animal has its own responsibility, and each animal should be respected. Some people think birds are a nuisance, but they were created for a purpose. They must have room to live; this is why the Arctic is important. We must respect the birds and animals, because they all have a part in keeping the earth healthy.